In addition to performing scientific studies concerning hormones during the pregnancy Dr. Steier has a broad experience in developing contraceptive devices.

He has participated in the testing of the birth-control pills Diane, Trionetta/Trinordinol and the precursor to Yasmin.

He has later participated in the early phases of the testing of NuvaRing (the “vaginal” birth-control pill”).

He has furthermore participated in the inter-nordic project behind the development of the hormonal intrauterine contraceptive device (IUD) Levonona, which is now named Mirena (Bayer). This project was started 1. November 1982 and lasted in the first round until 1994 when the IUD was introduced to the Norwegian market. The project was the continued until July 2000 when the IUD was about to be introduced to the American market. The other participators in the basic project was medical doctors from respectively 3 Finnish and 4 Swedish hospitals in addition ti Rigshospitalet in Denmark. 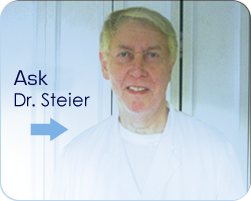